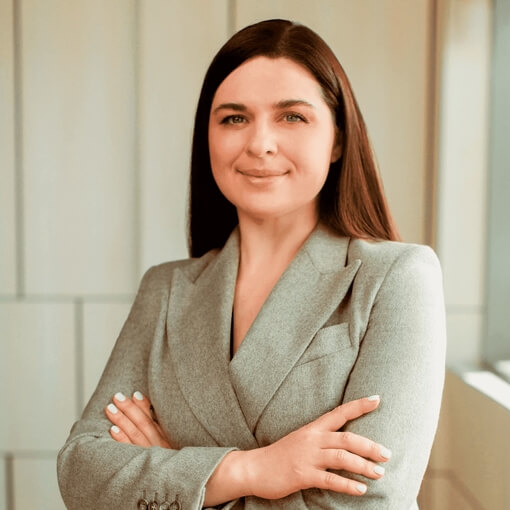 Experienced attorney with both private and government sectors background and a focus on IP, media and commercial litigation.

In 2006-2014 Tetiana practiced as a patent and trademark litigation lawyer and successfully represented clients such as Google, DuPont, Philips, Samsung and LG in a large number of trademark, patent and commercial name disputes as well as media, antitrust and unfair competition litigation cases in Ukrainian courts, including cases resulting in precedent-setting judgments with regard to trademarks and biochemistry patents.

In 2014 she joined a judicial reform project team with the Presidential Administration of Ukraine as the Head of the Judicial Reform Department. In this role, Tatiana gained extensive and unique experience working on development of the reform strategy, amendments to the Constitution of Ukraine, new laws on civil and commercial court procedure, the legislation on the new Supreme Court, the High Council of Justice, status and career of judges, the High Anti-Corruption Court, and the High Intellectual Property Court.

In May 2019 Tetiana returned to practice in private sector as a litigation attorney.